Roerink Food Family has its origins in Twekkelo, a rural area near the town of Hengelo, the Netherlands. The story begins in 1981. Then, Diane Roerink began selling artisan-made dairy products from the old clog-makers shed on her parent's property. Gerjhan Roerink made these products on the farm exclusively using fresh grass-fed milk from direct surroundings.

New developments followed rapidly after 1981. In 1985 a second shop was opened and the first products found their way to retail. Ten years later, the Zuivelhoeve products could practically be found in every Dutch supermarket. Nowadays, Zuivelhoeve products are still being produced at the same place where it all began.

In 2011, Zuivelhoeve took over the recipe and trademark of HEKS’NKAAS® from a grocer in Losser. HEKS’NKAAS® has its own modern production site on the Hinmanweg in Oldenzaal. The company HEKS’NKAAS® was sold to Salad Singature in 2017, a company who is further building the brand internationally. After the takeover of HEKS’NKAAS®, an umbrella name was created: Roerink Food Family.

Nowadays, Zuivelhoeve still collects milk from direct surroundings processing it into artisan-made dairy products. Zuivelhoeve can be called a contemporary brand producing dairy for both national and international retailers and the out-of-home market. The concepts are in line with current consumer needs and a growing interest in local, honest,  delicious dairy. Zuivelhoeve is dairy that tells a good story about her makers and what makes the brand special. That's added value for the whole value chain.

The farm shop proceeded growing. Now Zuivelhoeve owns over 70 shops in the Netherlands. This franchise organisation with an enormous growing potential has a lot of ambition. Zuivelhoeve Shops are pretty, contemporary delicacy stores selling craftmanship and passion. 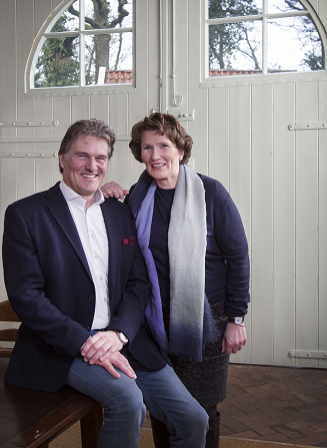